Two recent long and hot and drives to Northern France in 2015 will see the Harding family look for a campervan holiday in the south of France to escape to in 2016.

Coincidentally we drove to Northern France twice in 2015 (see my Triathlon story here!) and having endured a journey under the channel, which effectedly doubled the journey time from St Albans to the North of France, each time, it has become clear that the Channel Tunnel is no longer the gateway to Europe that it once promised to be.

I love driving, but not in the south of England and, as our last two trips abroad have seen us cover a lot of what is immediately accessible from these shores it has been decided to fly south and look at a campervan based holiday in the south of france in 2016 instead!

As St Albans is handily close to Luton Airport (OO-EE-OO) the new plan is to fly down to Provence and pick up a campervan to explore the area between Aix en Provence and Perpignan which takes in such a variety of destinations as the Cap D’agde, the Cevennes and the Carmague.  If we fancy it we may head inland into the foothills of the Pyrenees! We wont be going far but the beauty of a campervan holiday in the south of France is that you can do what you damn well please! We spent a similar fortnight in Scotland during which we drove when it was raining and when it was sunny we stopped – easy!

The good thing about a campervan holiday in the south of France is less driving and more stopping than in Scotland.

So the plan is to fly into Nimes with Ryan Air and get We Van (http://www.we-van.com/en/) to deliver our trusty steed to the airport.

I’ve never considered campervaning (or what ever the verb is) before as I’ve always had the vision of the four of us stuck in a crumby old orange hunk of metal clanking up and down the highway in between breakdowns. Yes you can park a campervan anywhere but I want to chose where, rather than have the vagaries of some ancient piece of engineering choose for me! 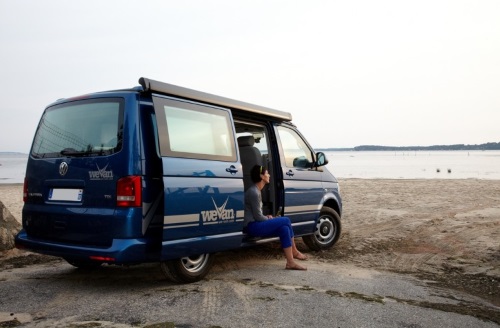 So campervaning (I am sure that is the right verb) seems a much better idea with VW’s latest offering – the California Confortline – in this marvelous piece of 21st century engineering (with a VW badge for reliability) there are four seats, four beds, a sink, a stove, a fridge and storage space – what more do you need inside! And with one of those extendable roofs and an awning and the whole world on your running board, what else do you need outside.

The “plan” stops there. Once we get loaded up we aren’t going to do or go anywhere in particular, but first is to head down into the Carmague, tear off our cloths and dive into the sea to wash away a year’s worth of stress, worries and stuff!  I like the sound of the beach at Piémanson – “There is nothing, no hotels, restaurant or shops“.

After that – who knows! If you have any suggestions then please do comment! 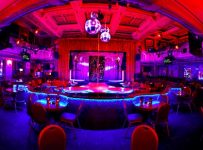