A very long time ago, when Magallanes arrived on this land, he was surprised by the size of the natives’ feet. He was so shocked that he referred to them as the “Patagones” (from the Spanish: “people with big feet”), and from there the term “Patagonia” was spread worldwide.

What he didn’t realize was the size of the territory that he was exploring: thousands of kilometers of remote and wild lands. Patagonia still has thousands of unexplored corners on both sides of the Andean range: Chile and Argentina – both equally beautiful. 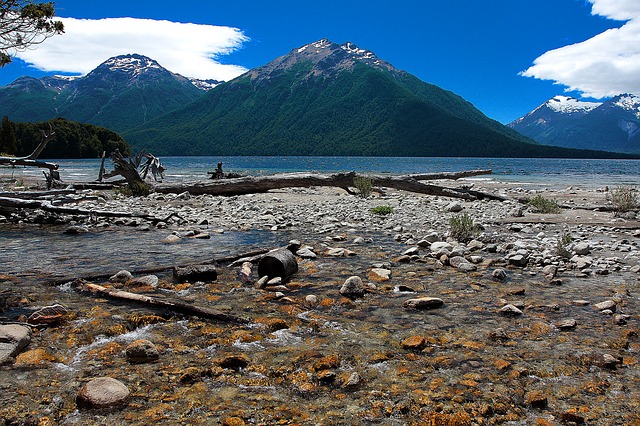 It is the capital of the Lake District, and the main distribution hub for visiting San Martin de Los Andes, Villa La Angostura, and the 7 Lakes. The region is full of lakes, rivers, forests and alpine villages. One of the must dos is the “Argentina – Chile Lake crossing tour” which goes from Bariloche to Puerto Montt (Chile) through the lakes. The suggested minimum time to stay in Bariloche is 3 nights, and the main highlights are: Short Circuit, Isla Victoria & Arrayans forest, and Cathedral Hill (very popular for winter sports).

Probably the best place in the world to watch the Southern Right Whale, Peninsula Valdes raises as the sanctuary for ocean wildlife in Patagonia Argentina. These animals coexist with thousands of Magellan Penguins, which are the other protagonists of this story. We can also find Killer whales (Orcas), Sea Elephants, and other animals such as foxes, maras and rheas. The suggested stay is 3 nights, and it works in combination with a visit to Puerto Madryn, Trelew and Punta Tombo.

Ushuaia is the southernmost city of the world, and the southernmost tip of the Tierra del Fuego Island. From there (and from Punta Arenas, in Chile) depart the cruises to Antarctica, and the feeling of being at the end of the world is present in that mystical combination between the sea (Beagle Channel) and the mountains (Andean Range).

The highlights in Ushuaia are the Tierra del Fuego National Park, the Lakes Fagnano & Escondido, the Harberton Ranch, and the Beagle Channel (with the classic Light House on one of the islands).

Going towards the heart of the island, we can find other attractions such as Cerro Castor (popular for skiing and winter sports) or Laguna Esmeralda. There are also plenty of virgin lands to be discovered: Cabo San Pablo and Peninsula Mitre are some of them. Minimum suggested time for a stay: 3 nights.

El Calafate is the gate to the glaciers in Patagonia Argentina. From there, you can go to the main three attractions, which are El Chalten (Mount Fitz Roy and Cerro Torre), Torres del Paine (Chile), and Perito Moreno Glacier. 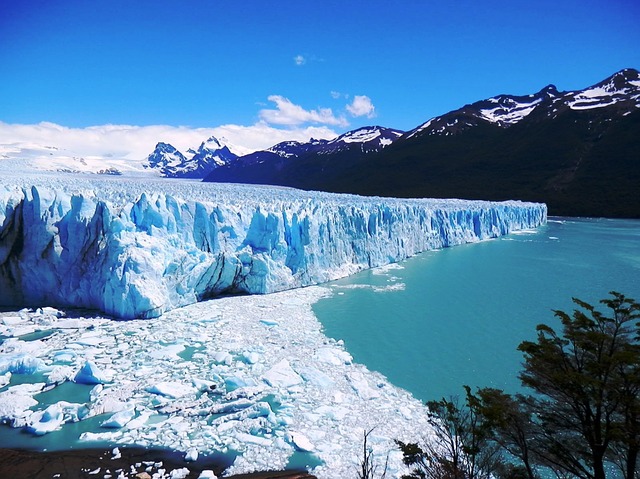 The main highlight in El Calafate is the Glacier Perito Moreno, which is 70 km away from the city. It is very easy to reach the glacier, and there are 4 walkways with different views and difficulties. The glacier advances and retreats according to the season, and generally it is possible to see (and hear) multiple breakings. There are different ways to visit the park, most of them include full-day activities, from traditional excursions on hiking trails to experiences full of adrenaline which consist in walking on top of the ice.

Perito Moreno is not the only glacier in Los Glaciares National Park. There are hundreds of them, both on Chilean and Argentinean territory. For instance, it is possible to go on a full-day navigation across the Lago Argentino, visiting the Glaciers Upsala and Spegazzini (the highest in the region).

Those who are keen on knowing about the Gaucho culture, can visit some of the many Estancias in the area. There, the magical atmosphere created by the natural surroundings, the horses and the sheep allows the visitor to feel how it was to live in Patagonia during the last century.

These two colossal mounts are in El Chalten, a village 220 km north of El Calafate, which is a very well-known part of the Los Glaciares National Park. It is considered the trekking capital of Argentina, and there are multiple walking circuits to be discovered (most of them self-guided). The most popular ones are the “Laguna de los 3” – part of the Fitz Roy Trek, with a spectacular view of Fitz Roy, and the “Lago Torre”, and of the Cerro Torre.

There are also many other attractions apart from the Fitz Roy and Cerro Torre: Lago del Desierto, Glaciar Viedma, and Huemul are some of them.

What is pretty curious about this area is that right behind the mountains, exactly between Argentine and Chile, is located the third largest continental ice-field in the world. It is a huge area completely covered with ice, like a “mini Antarctica” but in the Chilean-Argentinean Patagonia. There are expeditions to this area which are truly amazing!

This is probably one of the less explored roads in South America, and it actually all the way to the North of Argentina: more than 5000km of different sorts of landscapes, climates, and cultures. The most popular section in Patagonia is the one between Los Antiguos (where the Hands Cave is located) and El Calafate.