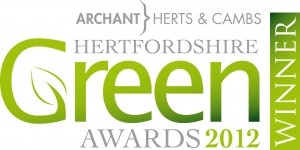 So the high rates, the competition form multiples and the reduction in visitors to St Albans Town centre due to ill-advised traffic plans and a lack of forward thinking from the council, creating a downwards spiral for  St Albans plc, led to St Albans Travel Service moving out of the centre of St Albans several years ago.

After 60 plus years supporting the good citizens of St Albans, in their search for their annual get-away or weekend break, as they went about their weekly shop or enjoyed their lunch break from work, St Albans Travel Service closed their high street branch and went online from their offices in Culver Road.

From here they could still offer the breadth of services to the local community but were unencumbered by the restrictions of a small town centre shop.

It was this first move that gave St Albans Travel Service owners, father and son team Stuart and Simon Harding, the first inclings that things could be different: that they needn’t follow the traditional business route to success.

It was this first small step that gave them the momentum to create a business in which change became the constant. And where has this brought them to?

An End to the Daily Commute was the project that finally saw St Albans Travel finally slip out of reality and become a virtual travel company, with virtual offices, cloud computers and a “local” market of billions.

An End to the Daily Commute was designed to effect change in all these areas.

To reduce the impact of the day at work for it’s employees – by not forcing them to work in a particular place at particular times. This allows employees to build work into there lives rather than endure the emotional upheaval of organising their lives around work.

And finally of course to reduce the demands of the company on the world’s resources by reducing its carbon effect – we closed offices,  reduced commuter miles and raised the awareness of everyone involved of the carbon effects of everything they do in their lives.

They did this by using online tools such as Skype for internal and external communications, Dropbox for file sharing, email, facebook and twitter for marketing and promotion and online booking systems for sales.

By providing these tools and general support St Albans Travel enabled an already motivated staff to embrace the changes and use them to enrich their whole lives.

And it was this work that won the Hertfordshire Green Award 2012 Environmental Travel Project of the Year Award sponsored by Archant and Evalu-8.