Growing up in Hertfordshire, I was always a relatively active young child as we were fortunate enough to grow up in an extremely scenic and rural part of the county of Hertfordshire, surrounded by lush green pastures and countryside. I used to play outdoors with my friends, playing football, climbing trees, and doing everything you’d expect a young boy to do. As the years went by however, my interests changed, and I so I began to prioritise other things. By the time I was 18 years old, I had quite the beer belly on me and that unfortunately grew and grew with each passing year. My weekends consisted of finishing work on a Friday night, getting changed, drinking copious amounts of alcohol with my friends before even leaving the house, and then sitting in the pubs and clubs drinking until the small hours, and finishing the night with a greasy pizza or kebab. By the time I was in my late twenties I was a fat slob and knew something had to change. I joined the local gym but truthfully didn’t feel as if I fit in. It was a commercialised gym and they weren’t teaching me anything that I couldn’t quickly find out on Google. I was fed up of looking and feeling unattractive and so asked my friend for help. He recommended a retreat in Thailand known as PhuketFit, and that’s where things began getting better.

Living in St Albans, you’re probably thinking I was pretty crazy to travel all across the world just to try to lose weight and get fitter but it was honestly the best decision I ever made. My friend was actually due to travel over to Thailand in the summer as he had family over there, and he asked if I wanted to go with him. It turns out several of his family members residing in Thailand, had all recommended PhuketFit to him when my name happened to crop up during one of their Skype conversations. I must admit I was worried about the cost but a little research and I discovered that the flights during June and July were extremely affordable. We had accommodation sorted at my friend’s family’s home, so my mind was made up.

There are numerous weight loss centres and resources here in the UK, so why did I choose the PhuketFit weight loss centre? Well, after the recommendation from my friend’s family, I did some digging online and the reviews blew me away. People from countries all over the globe choose to jet over to PhuketFit to help them reach their goals, so it was obviously something special. The reviews were pretty much 100% positive, they employed English-speaking members of staff from all over the globe, and above all else, the facilities, the programs, and the retreat itself looked absolutely stunning.

In two words ‘Oh yes’. To build upon that, not only was I satisfied, I was blown away by the results I was able to achieve. After over 10 years of junk food, alcohol, and a couch potato lifestyle, I was fatter and unhealthier than ever before. Now, months later, I’m fitter and healthier than I can ever remember being. I enrolled on the weight loss program and the 4 day detox and cleanse program and it was the best money I ever spent. I learnt all about health and nutrition, I rediscovered my love for sport and fitness, and I dropped, and am continuing to drop, more weight than I could have ever imagined. Don’t let your location put you off, PhuketFit is the real deal, it’s improved my life tenfold, and I would recommended it to anybody. 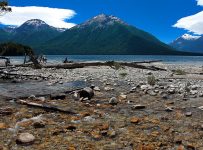 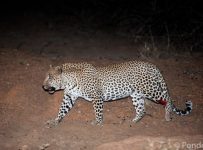