London is a popular destination for those who wish to experience and learn about the history of drama. The city of London was put on the map in the mid 1500’s, by the great writer William Shakespeare. In this article we will take a look at a selection of the most interesting and popular theaters that one can find situated in and around the city center. We will also highlight the reasons why these theatres are so popular with the general public.

-The Shakespeare globe theatre sits on the London Bankside by the River Thames and is an almost identical copy of the original Globe theatre that Shakespeare used to host many of his plays. The original theatre burnt down during a performance of Henry the eighth. It was re-built 400 years later near to the original location. The theatre sits in the heart of the city and is a popular choice for lovers of drama and performance. Interestingly, as in Shakespeare’s day, the Yard, immediately infront of the stage, is just open ground with no seats like the modern day theatre, so those who desire a more relaxing performance may like to book seats in one of the circles: but beware, they are only wooden benches and you may like to hire seat back or cushions when you book your tickets.

-This is essentially a large artistic complex that houses an art gallery, a theatre, a cinema and a Concert hall all under one roof.  The Pit Theatre sits on the ground floor of the complex and is an intimate space that is prefect for cutting edge theater performances.  The Barbican carefully pick the best up and coming theatre groups from around the world to hold performances at the popular venue.  The art center is based in the heart of London and sits in a very modern architectural design, overlooking the River Thames.

-Situated in the south of London, The Young Vic is a smaller and cooler version of The Old Vic and focuses on bringing cutting-edge theatre to a younger generation.  The theatre is surrounded by primary and secondary schools, as well as colleges and universities. Those that attend these institutions often visit the Young Vic.  The Young Vic also boasts a delicious restaurant and a well stocked bar that is popular during intervals.

A extremely popular theatre that was built in 1818 and has had a great influence on the history of drama throughout the world.   The theatre is known for its powerful performances and the relationship that these performances create between the performers and the viewers. – A wide selection of famous performers and writers have used the theatre. These include Charles Dickens and Laurence Olivier. Hollywood actor, Kevin Spacey is the Artistic Director at the time of writing.

London is certainly one of the most interesting places to go for those that are interested in modern performance and the history of drama. Those who want to will be sure to find performances happening at these theatres throughout the year (except The Globe) and will also find great pleasure in learning about the incredible depth of history that lies within these places. These are just a few of the many popular theatres that can be found in and around the city of London.

Hi! My name is Leo and I’m from United Kingdom. I’m interested in writing articles and have been a blogger from the past two years. Apart from writing articles, I like to learn new things. Presently, I’m researching on ESTA, a unique Visa Waiver number. 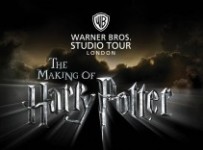 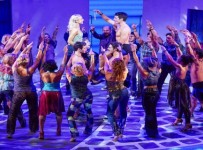